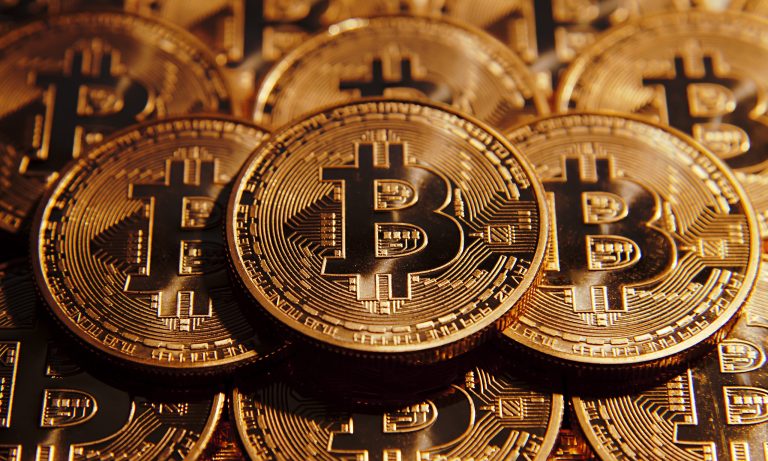 …ARE THESE REALLY COMPONENTS OF THE INTERNET OF VALUE? PART II

In the first Part of this Blog, I explored a concatenation of topical issues surrounding Bitcoin especially as it related to regulatory pronouncements in various parts of the world, allegations of fraud and illegal fund raising activities and the general performance of the cryptocurrency market.

The CEO of JP Morgan has added more than his 2 cents to this imbroglio, as he has not only banned internal trading of Bitcoin, but has threatened to “recklessly” fire any trader found trading in Bitcoin. He has not hidden his view that Bitcoin is a “bubble” and a “fraud”, in stark contrast to his counterparts at Goldman Sachs and Fidelity Investment, who have accepted Bitcoin, as a currency and as a store of value. Very recently as well, the Russian Finance Minister has revealed plans to regulate cryptocurrency by the end of the year, rather than to ban it.

It appears that the crypocurrency market has priced in all of these controversies and since our last article, the Bitcoin market cap has lost about 10% in value.

Let us not get caught in this conundrum. Let us take a sober look at what the crypto eco space consists of.

Bitcoin is the first decentralised, open source cryptocurrency that runs on a global peer to peer (P2P) network, without the need for middlemen and a centralised issuer. It is said to have an uncensorable ledger, and is available to anyone with an internet connection. It is to blockchain what email is to the internet.

It is a digital currency/payment system that is not tied to any mainstream currency, government or bank. Its protocol is known to be created by an unknown person under the pseudonym Satoshi Nakamoto, who posted a 9 page research paper online, in 2008 titled Bitcoin: A Peer-to-Peer Electronic Cash System”. His work was a continuation of research conducted in the 80’s-90’s by several companies which tried to create e-currencies, but failed.

Whilst Bitcoin and indeed cryptocurrency continues to engage the attention of banks and regulators and developers for different reasons, it is still hampered by limited merchant adoption and customer usage. For those who use it, they say its competitive edge lies in the low transaction fees and its ability to complete cross border payments without limitations.

What is Blockchain Technology?

Blockchain technology is a distributed database, which runs on millions of computers, using state of the art cryptography. It allows for the permanent and immutable (it should be possible to add new blocks but the old blocks cannot be tampered with) transparent recording of data, essentially, and transactions specifically. Because its source code is open, anyone can change the underlying code and this is what makes it so transparent. Based on a P2P concept (peer to peer), it works without the intervention of intermediaries, to authenticate or to settle transactions.

A blockchain is also described as a shared ledger where transactions are permanently recorded by appending blocks. Each block contains the hash of the previous block and forms a continuous chain. The blockchain serves as a historical record of all transactions that ever occurred; from the genesis block to the latest block, hence the name blockchain.

Arguably, it is said that blockchain is an unhackable system, and some even dare to say that it is a platform for truth and a platform for trust. However, over the past several months, the cryptocurrency space has been plagued with high profile hacks and in the case of Ethereum, it was drained of at least $20M in Eth tokens. Juxtapose that as well, with the fact that the degree of anonymity offered by blockchain and cryptocurrencies, it is often associated with illegal activity, particularly on the dark web.

Blockchains also have a digital currency of some sort associated with them, the largest of them being Bitcoin.

Illustration of a Blockchain:

In their book “Blockchain Revolution: How the Technology Behind Bitcoin is Changing Money, Business, and the World”, Authors Don and Alex Tapscott, described that “The blockchain is an incorruptible digital ledger of economic transactions that can be programmed to record not just financial transactions but virtually everything of value.” Therefore by allowing digital information to be distributed but not copied, blockchain technology created the backbone of a new type of internet. Originally devised for the digital currency, Bitcoin, the tech community is now finding other potential uses for the technology.

Cryptograohy is a branch of mathematics which is interested in establishing secure communications to facilitate peer to peer, open and borderless transactions between users. It is the process of converting legible information into an almost uncrackable code, to track purchases and transfers.

According to a July 2017 article in the Telegraph newspaper, Cryptography was born out of the need for secure communication in the Second World War. It has evolved in the digital era with elements of mathematical theory and computer science to become a way to secure communications, information and money online.

Investopedia describes cryptocurrency as a digital currency in which encryption techniques are used to regulate the generation of units of currency and verify the transfer of funds, operating independently of a central bank. Also known as tokens, cryptocurrencies are representations of digital assets

Peer to Peer (P2P) refers to the decentralized interactions between two parties or more in a highly-interconnected network. Participants of a P2P network deal directly with each other through a single mediation point.

Is Bitcoin the only cryptocurrency?

No There  are hundreds of other cryptocurrencies (approximately 1,100) representing alternatives to Bitcoin called ‘altcoins’-(exchangeable value tokens).  Each currency has its own blockchain. Some of the more popular currencies other than Bitcoin are Bitcoin Cash, Ethereum, Ethereum Classic, Monero, Ripple (claims it can save banks $600k annually in costs related to moving money), Litecoin, to name a few.

They are all units of exchange and are circular in nature. It is said that Bitcoin has shifted from a dominant position assuming more than 90% of the total cryptocurrency eco system, to a lower market share of about 40% to 50%, with about 16.5M bitcoin in circulation, at a unit value of USD4,620 at August 30th 2017 up from USD1,625 on May 8th 2017. In addition to Bitcoin (BTC), there is also Bitcoin cash (BCH), created in August 2017 when the Bitcoin blockchain forked to create another currency. It allegedly is now the second most expensive cryptocurrency, behind Bitcoin, in the world.

Other currencies growing in popularity are Ethereum, which focuses on the ability to support smart contracts and Monero, which features better privacy.

How can Bitcoin or other cryptocurrencies be purchased?

Bitcoin can be purchased from different sources. These include-

How is Bitcoin/Blockchain supported?

What does a Bitcoin transaction consist of?

A Bitcoin transaction normally consists of 3 elements which are-

It is noteworthy of mention that each block in the block chain is limited by size and that the digital signature takes up most of the space. It was also discovered that the signature was subject to ‘transaction malleability’ which means that the signature could be tampered with before the transaction is completed, leading to fraudulent activity. A solution called ‘Segwit” or Segregated Witness has been developed which removes the signature from the main block to a parallel block or ‘side chain’. This had the potential of increasing the block size from 1mb to 2mb and also made the transition ‘backwards compatible’. These transitions have not found favour with some of the Bitcoin community and led to a mass meeting in May 2017 among members of the Bitcoin Community, resulting in a temporary consensus Scaling Agreement. These changes have contributed to a second Bitcoin called Bitcoin Cash. More importantly, most of the dissenters of Segwit were “miners’ who foresaw reduction in their transaction fees as a result of the increase in speed in processing time, annihilating the “replace by fee’ which they thrived on.

Ethereum is an open source blockchain project that was built specifically to realize the possibility of coding simple contracts.

At the technology’s current level of development, smart contracts can be programmed to perform simple functions.

In 2016, one such experiment, the Ethereum-based DAO (Decentralized Autonomous Organization), raised $200 million USD in just over two months. Participants purchased “DAO tokens” allowing them to vote on smart contract venture capital investments (voting power was proportionate to the number of DAO tokens they were holding). A subsequent hack of project funds amounting to about $55M proved that the project was not without flaws and subject to human attack.  Regardless of the hack, the DAO experiment suggested the blockchain has the potential to be used for other types of economic ventures other than simple payment transactions.

What is a Cryptocurrency Wallet?

A cryptocurrency wallet is a digital wallet that you can use to store, send and receive various cryptocurrencies. The wallet doesn’t exactly “store” your money as a real world wallet does. Instead, it saves your public and private keys which in turn help you to send and receive money.  It usually contains a software client which allows access to view and create transactions on a specific blockchain that the wallet is designed for.

Many companies offer wallet storage, with upgraded security or convenience. Others sell hardware wallets to allow for offline storage of bitcoin holdings, which decreases the risk of cyber attacks.

What are Smart Contracts

Smart contracts encode business rules in a programmable language onto the blockchain and are enforced by the participants of the network.

What is Crypto investing

There are several different approaches to crypto investing. These can include but are not limited to –

In Part III of this Blog, we take a look at “Blockchain as the Future Internet of Value”, exploring some of the developments which have been taking place, using the technology, to compete with traditional institutions of finance, health care, supply chain, logistics etc.