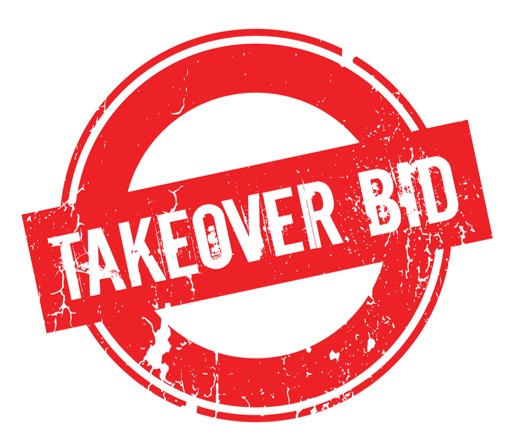 National Commercial Bank Financial Group (NCBFG) made a take-over bid for Caribbean insurance giant Guardian Holdings Limited (GHL) on 31-Dec-18. NCBFG offered USD 2.79 per share to acquire 74,230,750 ordinary GHL shares (the Offer Shares). A successful bid will give NCBFG (via subsidiary) control of GHL with no less than 50.01% and no more than 62% of outstanding GHL shares, placing NCBFG among the Caribbean’s largest financial services companies. As the offer period nears its close, this blog reviews material facts in the Offer Circular, its details, and analyses of findings, valuations and other information for investors to conclude investment decisions.

NCBFG can acquire no more than 74,230,750 GHL shares (to own 62%) or will not outlay more than USD million 207.1 million. If investor deposits exceed this then investors will be paid pro rata, disregarding fractions, according to the number of shares each investor deposited.

Cited in legalese on the offer circular page 22, if more than 90% of investors’ shares are deposited to accept the Offer within 120 days of the Offer Date then NCBFG may acquire the shares held by GHL Shareholders who have not accepted the Offer. Of all shares outstanding, NCBFG owns 29.99% and has bid for another 20.02% to 32.01%; so, the contingency above applies if the Offer is oversubscribed by 96.84% past this 32.01% limit.

According to the Directors’ Circular (pages 10 and 11), Directors Arthur Lok Jack and Imtiaz Ahamad, who own a combined 21.83% in GHL, “…have indicated that they have accepted or intend to accept the Offer.” Due to conflicts of interest, they and some Directors were neither present at nor did they form part of the minimum Board number nor vote on any Board resolution to consider and approve the Circular. It was a Committee not including said Directors that recommended the acceptance. The Committee, among other considerations, had engaged investment banking advisor BroadSpan Capital LLC to provide a valuation of GHL and express a fairness opinion on the Offer.

The Committee reported its deliberation of the potential, medium-term benefits to a consolidated GHL that coincides with the business strategy on page 10 of the offer circular: increased access to Northern Caribbean markets; enhanced investment resources and products and services complementarity across the entire banking and insurance sectors; operational efficiency improvement through harmonisation of systems and procedures; utilisation of NCBFG’s high quality information technology and knowledge sharing.

The Offer is NCBFG’s second take-over bid for GHL since the 23-Feb-18 lapse, whose details were widely reported. In short, a dispute was eventually settled before the Trinidad & Tobago Securities and Exchange Commission. In Nov-18, the Commission ruled that NCBFG should offer no less than USD 2.65 per share.

NCBFG paid approximately USD 54 million equivalent, gaining JMD 4.4 billion (negative goodwill); it acquired CGL at a discount. NCBFG’s reported rationale was to gain access to a group of customers that the company would not have otherwise had access to or would have been assumed by competitors. NCBFG’s offer took into account the Bermudan economy, CGL’s loan portfolio and real estate market and additional capital requirements imposed by the Bermuda Monetary Authority.

Reducing NPLs remains CBL’s strategic priority. NCBFG reported, respectively, declines in NPLs and past due loans of USD 12.5 million over 2017 and USD 23.7 million y/y. We measured NPLs to gross loans as 13.4% in Sep-18, down from as 16.7% in Dec-17. NCBFG therefore reversed its asset quality improvements since in 2015. CBL’s net loans and advances (58.4% of Sep-18 assets) mainly comprise mortgages, a majority of which is due from residents of Bermuda and are secured by Bermuda residential property.

JMMBGL was NCBFG’s associate investment—not a controlling interest. NCBJ called the deal, “…in line with [our] investment management strategy of taking positions in liquid financial assets and did not represent a move to take control of or acquire a majority stake in JMMB”.

Is USD worth it?

The table below includes rounded, average Central Bank mid-rates and ballpark black market rates. Investors may use this to reason how much they value USD. For example, for those willing to buy USD 1.00 with TTD 7.00 or assuming a 3.7% overvalued TTD, tendering GHL is equivalent to accepting TTD 19.53 or a 5.6% premium to average GHL market values during the Offer.

The Offer price lies among the lower end of valuation ranges of both EY (Jamaica) and BroadSpan. The latter valuation was more recent but its assumptions were unavailable. We judged both valuations’ range estimates as strong and the EY (Jamaica) critical assumptions as cogent—importantly with respect to the Trinidad & Tobago and Jamaican economies and insurance industries and GHL itself.

Note first that EY (Jamaica) explained its Income Approach as the most reliable. For a cogency check as well as for emphasis to investors, note that GHL’s long-term value (or Terminal Value in valuation jargon) in this approach ranged from 83% to 96%. In other words, the majority of value to investors comes over long time horizons at least beyond this method’s 5-year forecast horizon. Second, the insurance industry—and this valuation approach in turn—are highly sensitive to (negative- to low-) GDP growth statistics. The bid is opportune to NCBFG given Jamaica’s momentum of fiscal consolidation; and post-oil-shock Trinidad & Tobago economy, including the Petrotrin aftershocks to consumers and the financial sector; and GHL’s high claims following the 2017 Atlantic Hurricane.

How much value will an acquired GHL create?

There were no explicit projections of operational efficiencies beyond the cost containment already targeted by GHL. These are difficult to forecast; so the Offer Price is the next best estimate of future gains, but to NCBFG and not necessarily GHL in isolation. We thus considered the scenarios in the table below to estimate that medium- to long-term value to GHL should at minimum lie within the bordered segment.

The price range in the segment’s columns likely represents investors’ sentiment. Relative to the characteristically illiquid market, GHL’s illiquidity has been lower than usual and on average since the announcement. There was a narrow band of the prices ending on the key dates: the first trading day (for most investors) and last opportunity date; the higher 20-day average representing a reasonable upper limit of what investors would tolerate. The 6-month high (3-Jan-19) of TTD 19.00 was identical to the take-over bid for deadline May-19, recalling the Shareholders’ Agreement that was contemporaneous with the private transactions whereby NCBFG acquired 29.99% in May-16.

Last, while the Market Approach to valuation is less reliable for small, illiquid markets; consider nonetheless that GHL price-to-earnings has long been low historically—especially relative to the larger-than-average first-tier listings.

The Offer is FAIR, but we consider the Offer to be on the low end of valuation ranges.

We estimate the immediate potential capital gains to GHL investors is 5%, on average, dependent on investors’ entry prices. However, based on regional macroeconomic trends, outcomes thus far in NCBFG’s acquisitions and the synergies created, we expect the GHL shares to experience comparable returns to the previous NCBFG acquisitions and strategic investments.

Bourse Securities wrote in the Daily Express on 28-Jan about the possibility that an oversubscription may see investors attempting to sell “excess” GHL shares. Bourse followed this by reporting that the lapse of the previous Offer in Feb-18 preceded the 11.8% drop to the 1-year low of TTD 15.00 by Apr-18.

We think there is a strong likelihood of at least a minimum subscription based on the quick, second and higher take-over bid, again in USD; and the significant Directors’ documented probable acceptance. We do not expect therefore a sell-off of similar magnitude as last year, keeping in mind that the price decline experienced last year could have been attributed to the lapse of the previous offer.

Investors may refer to the generalisations below, regarding investing constraints somewhat more urgently than consideration of a portfolio perspective, wherein granularity ranges from most to least important. Appropriate decisions about how much to hold and or tender with respect to goals and complete circumstances are left to the investor to consider themselves or discuss with an investment professional.