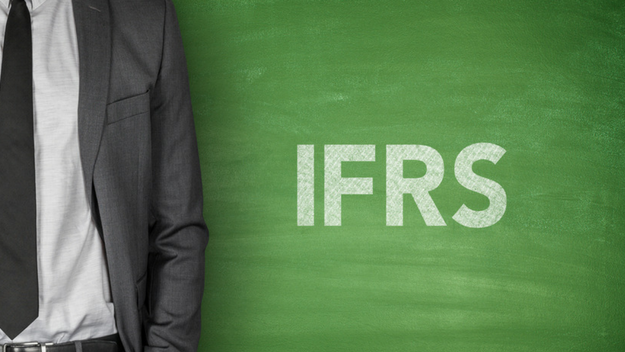 Credit unions are not-for-profit financial co-operatives owned and controlled by their members. They are intended to provide a safe haven for those who want to save, and affordable loans to those who may be denied financing from banks and other lending institutions.

The Central Bank estimates that in Trinidad and Tobago, the credit unions manage TT$13.8 billion in assets and have 560,000 members.

Worldwide the World Council of Credit Unions (WOCCU) estimates that there are 56,000 credit unions in over 101 countries with US$1.7 trillion in total assets.

Are International Financial Reporting Standards Mandatory in
Trinidad and Tobago?

There is a strong case for arguing that International Financial Reporting Standards (IFRS) are mandatory in Trinidad and Tobago.

ICATT has always approved IFRS standards for use in Trinidad and Tobago with no attempt to “cherry pick” certain standards and ignore others.

Despite lobbying from the credit union movement, it is unlikely that they will be persuaded to alter this approach.

Is IFRS 9 the right standard for credit unions in Trinidad and Tobago?

IFRS 9 has its genesis in the financial crisis of 2007/08. The failure of large financial institutions crippled the financial system and its impact has been felt the world over.

To the extent that IFRS 9 is designed to avoid a similar contagion occurring again there is some mileage in stating that its applicability should be restricted to large financial institutions because those are the entities that could potentially cripple the financial system on a global scale.

Should the Credit Unions in Trinidad be trapped by the public accountability criterion?

Currently credit unions are considered to be “publicly accountable” entities and as such they are not permitted to apply IFRS for SMEs (mentioned above) which would significantly reduce the burden of presenting annual financial statements by making them simpler.

There is a strong, if not totally persuasive argument, that if a credit union is owned by its members it should be answerable only to those members and not subject to enhanced accountability at the same level as a multi-national financial institution.

What are the credit unions in Trinidad and Tobago doing about IFRS 9?

Will credit unions in Trinidad and Tobago be able to implement IFRS 9?

Most credit unions in Trinidad and Tobago will struggle to implement IFRS 9 because they lack the ability to track past events (loan experience and loss-given default being just two areas that they will struggle to resolve) and do not have access to reliable forward-looking information. Taken together these are two essential ingredients that would allow credit unions to assess the value of Stage 1 and Stage 2 losses under IFRS 9.

What is the position in other jurisdictions like the United States and the United Kingdom?

The United States has historically set accounting standards that are scaled to the size and complexity of an institution’s operations. To this extent, federally insured credit unions with less than US$10 million in assets are exempt from having to comply with the requirements of US GAAP (Generally Accepted Accounting Practice) and instead comply with regulatory accounting principles issued by the National Credit Union Administration. The principles of the National Credit Union Administration are less stringent and burdensome than those that would be required under US GAAP.

The credit union movement in the United Kingdom is often thought to be insignificant but this is not in fact the case. As at 30th June 2016 credit unions were providing financial services to 1,281,270 people including 136,023 junior savers. At the same date those credit unions were holding assets in excess of £1.43 billion, had advanced loans of more than £781 million to members, and held £1.22 billion in deposits.

Currently only publicly traded companies are required to apply IFRS in full because like the United States, the United Kingdom has its own system of accounting standards and its own unique GAAP.

FRS 102 is based on IFRS for SMEs but has abandoned the “publicly accountable” moniker.

The result is that in the United Kingdom Credit Unions (so long as they are not publicly traded) will not have to apply IFRS 9.

Do we need standards that are scaled to the size and complexity of credit unions?

There is a strong argument to support the proposition that we should produce and follow accounting standards that scale in size and complexity depending on the complexity of the organisation preparing the accounts and the needs of those that read and study those accounts.

The majority of credit unions in Trinidad and Tobago have a simple business model and engage in non-sophisticated savings and loans and operate with a social mission of providing financial services to those who find it difficult to access such services from the main banks. The very nature of Trinidad and Tobago’s credit unions (particularly the smaller credit unions) makes them less able to absorb new costs. Moreover, as local institutions, those Credit Unions are accountable only to their membership. The benefit of IFRS 9 to such credit unions would be very limited but in the final analysis they may find that they have to comply.

What are your thoughts on IFRS9 and its applicability to credit unions?